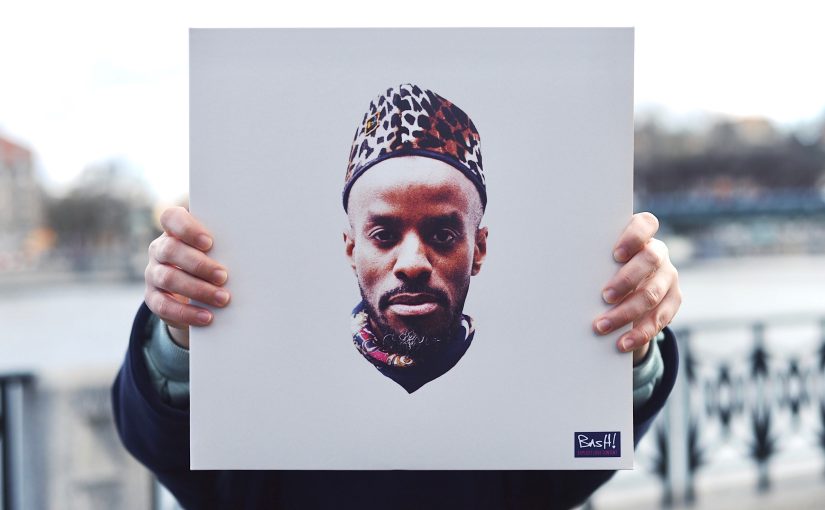 My record collection is growing every day and what attracts me to purchasing an album apart from the music is the sleeve design. For this article, I dove into my collection and hand-picked my favorite jazz covers.

The red text and frame on the album are so distinctive that you immediately recognize it as Coltrane’s Giant Steps. The photo itself, taken by Lee Friedlander, is an upwards close-up of John Coltrane doing what he does best.

Marvin Israel, the artist behind it, knew how to frame it. These are the words of famous photographer Robert Frank in the documentary Who is Marvin Israel (Doon Arbus). The documentary brings to light the life and work of the artist. Marvin Israel worked as a freelance art director for Atlantic Records from 1957 to 1963 so, Giant Steps is far from the only sleeve design he did. He painted several abstracts of famous jazz musicians such as Charlie Mingus (Atlantic 1416) and Milt Jackson (Atlantic 1417), and he designed the cover for the albums: Joe Turner Sings Kansas City Jazz (Atlantic 1234), Charles Mingus’ The Clown (Atlantic 1260), and Ornette Coleman’ The Shape of Jazz To Come (Atlantic 1317).

If you’re a fan of 70’s soul-jazz, there is a big chance you have this record sitting on your shelf at home. Afro Blue, the debut album from Dee Dee Bridgewater, is not only one of my favorite albums for listening to, but also the artwork inspires curiosity. This is how I got familiar with the album, I spotted the cover, got curious, and bought it.

The cover design and photography on the backside are credited to the Japanese photographer Katsuji Abe. Abe was a designer for Trio Records and Whynot Records during the 1970s. He also published several books including 50 Jazz Greats From Heaven (1995).

The Black Saint And The Sinner Lady – Charles Mingus

This powerful release from Charles Mingus, where he takes on the role of composer and band-leader, consists of a single continuous composition that is written as a ballet. The record is among the most acclaimed jazz records of the 20th century thanks to Mingus’ perfectionism and ability to improvise.

The sleeve design is from the American designer Joe Lebow who worked for different record companies during his career. He used the photography of Bob Ghiraldini who was specialized in photographs of jazz musicians. The cover features Charles Mingus in front of a white wall and above him, you read his name, the title, and the words: “From the poem: Touch my beloved’s thought while her world’s affluence crumbles at my feet“

For this album, Haitian-Canadian Jazz musician, Jowee Omicil, impressed us with this gatefold cover design. It gives you a direct impression of the music you can expect. The photographs include a lot of light and color, which is in contrast with his previous album, Let’s Bash! (Jazz Village 33570120.21)

The artwork is by the graphic designer Yannick Le Vaillant, who is a true master when it comes to sleeve designs. The photography used for the artwork is credited to two artists. The first is the French photographer Renaud Monfourny, who captures the cultural scene with his portraits of musicians, actors, and writers. The second is the French photojournalist Sylvain Cherkaoui.

Miles Davis released his second collaboration with Gil Evans in 1957. The original release of this record features a photograph of a white woman and child aboard a sailboat. Miles Davis was dissatisfied with this choice and complained to Columbia Records‘ executive producer George Avakian. No clear reasoning was given to him but in the early 1960s, a picture of Miles Davis was used on the cover (although reissues with the original cover are still being released).

Displaying a white woman on African American album covers was done quite frequently during the 1950s and 1960s. This was done with the sole purpose to easily reach and sell to the white audience as they thought it was a more attractive display. Other examples of this are the soul records Otis Blue from Otis Redding and Arthur Conley’s album Sweet Soul Music. I prefer the cover featuring Miles Davis. It gives a stronger indication of what he does and who he is. The original cover is playing with the title, Miles Ahead, but does not reveal what to expect.

Once again, I dove into my collections in search of inspiring designs. Here are five more record sleeves that tell a story. Mulatu Of Ethiopia – Mulatu Astatke 1972 / Worthy Records 1020 / photo…

What attracts me to an album apart from the music, is the sleeve design. Here are again five designs that inspired me. The artwork is stunning and at the same time, it contributes to the…

One thought on “Jazz Album Cover Designs That Inspire – Part 1”