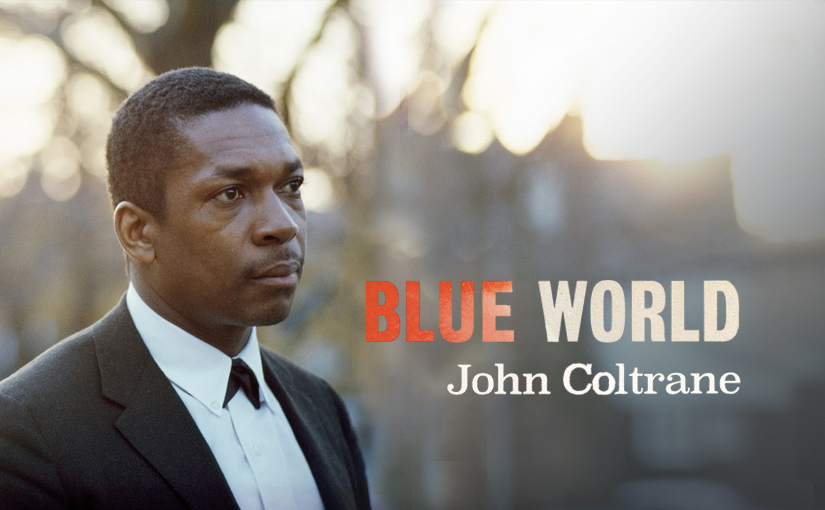 By 1964 saxophonist John Coltrane was one of the leading figures in jazz music. Mainly, thanks to his release of Giant Steps in 1960. Officially, he recorded and released two albums that year: the often-overlooked album Crescent, and the well-known masterpiece A Love Supreme. With the recent release of his recording Blue World, we can add a third “album” to the list.

Blue World, recorded in the Rudy Van Gelder Studio on June 24 (1964), is a composition for the movie: Le Chat Dans Le Sac (Gilles Groulx, 1964). The soundtrack was fully composed by John Coltrane. For the recording, he invited his classic 1960s quartet featuring McCoy Tyner on the piano, Jimmy Garrison on the bass, and Elvin Jones behind the drums. It was also with these musicians that he recorded Crescent (April/June 1964) and A Love Supreme (December 1964).

For every admirer of the saxophonist, composer, and bandleader, this release is very welcome. It gives another insight into the confidence Coltrane and his band had that year.

The album features two alternate takes on the song “Naima“, a ballad he composed for his wife Juanita Naima Grubbs (married 1955-66) in 1959 and which was originally released on the album Giant Steps. Also notable are the three takes on his composition “Village Blues“, a song that was originally released on the studio album Coltrane Jazz with Steve Davis on the bass. The Blue World recordings would feature Jimmy Garrison who replaced Steve Davis in 1961.

After Le Chat Dans Le Sac was put online for streaming, the search for the original recording tapes began. They were stored in the archives of the National Film Board of Canada. After discovering and clearing out the legal constraints, the music was released to the public in 2019.

John Coltrane started his musical journey in 1949 under the spell of Charlie Parker and later Dizzy Gillespie. In 1954, he joined The Miles Davis Quintet where he was encouraged to think more harmonically.…

World-renowned jazz pianist and composer Duke Ellington regularly partnered with other acclaimed jazz musicians during the early sixties. John Coltrane was no exception. In 1962, the pianist and the tenor saxophonist recorded the self-titled…

The second half of the nineteen-fifties defined John Coltrane’s career and helped him come into prominence as a musician and arranger. Underlined is the time as a member in Miles Davis’ First Great Quintet…