Time to spin some #boogiewoogie #doowop #rhythmandblues and dance with @boogie.hops ❤️🎧🎼
My shelf grow up so fast ❤️
🔸There Is No End - Tony Allen’s Final Drumroll Is a Message For the Next Generation
Coffee with Funk & Soul Covers🕺🏻
🎙Frankie Lymon & The Early Success of Rock-and-roll
Solange – A Seat at The Table 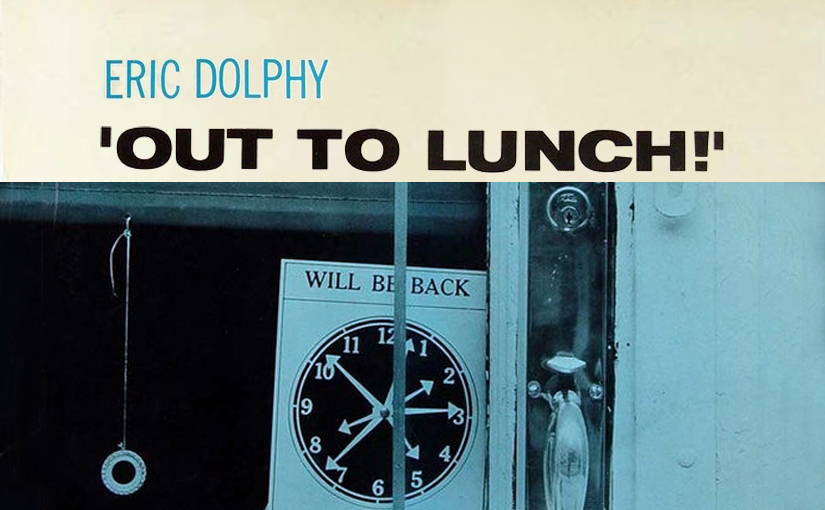 The year nineteen sixty-four was revolutionary when it comes to jazz records. Coltrane recorded his most acclaimed work, A Love Supreme, which got released the following year. Lee Morgan released The Sidewinder, Blue Note‘s best-selling record ever. And saxophonist Wayne Shorter completed his fifth studio album JuJu. Many other state-of-the-art albums got released and, Eric Dolphy’s Out To Lunch! was no exception. This avant-garde jazz masterpiece got described as “a vital alternative to the melodic cliches and rhythmical orthodoxy of the hard-bop mainstream” (A.B. Spellman).

From all the records released during the first half of the sixties, Dolphy’s Out To Lunch! was the most innovative. It stands ahead of its time. Even today, the advanced improvisational freedom in Out To Lunch! is something not often found. The free movement of the group is a result of Eric Dolphy’s futuristic vision. “Everyone’s a leader in this session”, he declared. For his composition ‘Gazzelloni‘, Dolphy instructed the band to “hold to the construction for the first 13 bars, then – freedom.”

Dolphy’s unique compositional style is present throughout the album. He juggles with the theory behind jazz harmony by using unusual wide intervals. Dolphy explains that he is trying to incorporate what he hears: “I hear other resolutions on the basic harmonic patterns, and I try to use them.”

In the jazz of the 1960s, Eric Dolphy was an original: a hero to some, but also a mystery, a virtuosic improviser searching for ways of expression outside of common practice.

Eric Allan Dolphy Jr. was an American multi-instrumentalist who knew his way around the flute, alto saxophone, and bass clarinet. This last one he helped to establish in jazz. Dolphy grew up in Los Angeles and, unlike many other jazz figures of the time, he did not follow the standard narrative. He started with music lessons when he was six. He continued studying music at high school, where he mainly played in symphony orchestras. In college, he got the opportunity to play jazz. He played various contemporary classical works with Roy Porter’s 17 Beboppers.

His first breakthrough was when he got invited to join Chico Hamilton’s quintet in 1958. The band toured and, Dolphy was exposed to a broader audience, for example, during the Newport Jazz Festival of 1958. After this success story, he moved to New York to establish partnerships with Charles Mingus, John Coltrane, Ornette Coleman, and many more.

Dolphy always was a sideman during club performances and recording sessions until he signed with Prestige Records in 1960. He recorded his first album as a leader with Prestige’s sub-label New Jazz. The album titled Outward Bound (New Jazz ‎8236) was the evident arrival of a new name in jazz.

Dolphy’s creativity was exploding by 1964. His avant-garde jazz music reached new levels of experimentation and freedom. That year he signed with Blue Note Records and recorded Out to Lunch! with Freddie Hubbard (trumpet), Bobby Hutcherson (vibraphone), Richard Davis (bass), and Anthony Williams (drums). The album is considered his most important work, his magnum opus. Eric Dolphy passed away before the official release of the album. He died from an undiagnosed diabetic condition. He was 36.

There Is No End: Tony Allen’s Final Drumroll Is a Message For the Next Generation

There Is No End is the album Tony Allen was working on before passing away at the age of 79. His fellow collaborators finished the recording and posthumously released the album on April 30, 2021. It’s the afrobeat pioneer’s final … END_OF_DOCUMENT_TOKEN_TO_BE_REPLACED

Robert Glasper Shows Off His Jazz Chops With “Canvas”

Robert Glasper showed off his jazz chops long before he released the Grammy-winning album Black Radio in 2012. His Blue Note debut album titled Canvas was released in 2005 and features the pianist in a jazz scenery influenced by Herbie … END_OF_DOCUMENT_TOKEN_TO_BE_REPLACED

Tony Allen’s 2017 mini-album release A Tribute To Art Blakey & The Jazz Messengers was a unique opportunity to marry his afrobeat rhythms with Art Blakey’s hard bop influences. It also served as a forerunner for his full-length Blue Note … END_OF_DOCUMENT_TOKEN_TO_BE_REPLACED

Something went wrong. Please refresh the page and/or try again.